OMAHA, Nebraska (January 6, 2020)—Due the continued success and popularity of the MidWest Drug Development Conference, the event will return for a third year and registrations are now open, planners announced today. 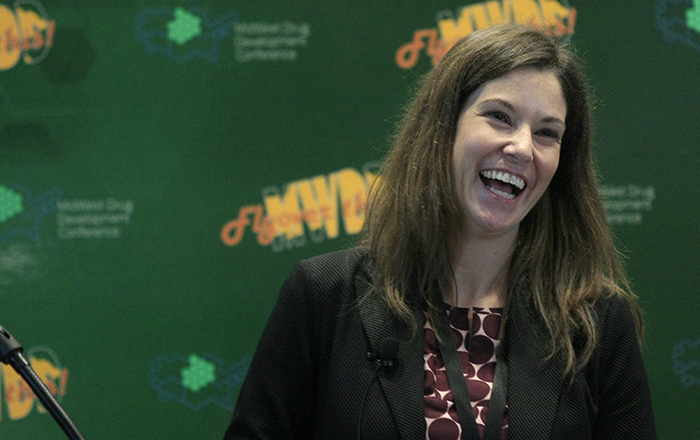 Register here for the 2020 MidWest Drug Development conference. Cost is $500 per ticket, but a limited number of registration fees will be waved for attendees that represent pharmaceutical firms, investment groups or other parties interested in supporting early-stage therapeutics. Contact conference organizers to learn how to receive a waiver code.

“We had another great turn-out, and interest seems to grow each year,” primary organizer Matt Boehm said. “We long suspected there might be a need for this type of event, and this has been demonstrated by its continued popularity among participating universities as well as pharmaceutical companies and investment groups.”

With the dates and venue set for 2020, universities and other research institutes are invited to apply for inclusion among a limited supply of coveted presentation slots. A list of participating universities will be announced soon, Boehm said.

Subscribe here to receive updates about participating schools and other important news related to the 2020 MidWest Drug Development Conference.

Last year’s group alone accounted for more than a combined $6.65 billion in research expenditures and 2,875 new inventions in 2017, according to the most recent data available.